Good question from a reader


So Samoa is skipping friday. If I were a charterer, and was trading the vsl around Samoa, how would this effect the payments i make to the owner? Do I not have to pay for friday?! Well technically that one friday doesn't exist.
http://edition.cnn.com/2011/12/27/world/samoa-dateline/index.html
unqte
haha - my guess is that a "day" is still 24 hours....so although friday disappears the 24 hours will still count
great question though!
Btw - to all those readers owed a reply from the Virtual Shipbroker - I am on holidays for a few more days. I realise there are quite a few of you expecting replies. Hang in there and i will revert soonest. Plus i have been in a prerpetual state of drunken stupor for over a week so adding anything to this blog in my condition is not a good idea.
2012 will be the best year yet - of that I am sure
Keep Rock'n
VS
Posted by The Virtual Shipbroker at 2:45 PM No comments: 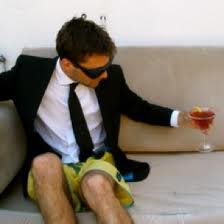 HAPPY FESTIVE SEASON TO ALL (CHRISTIANS AND NON CHRISTIANS ALIKE)
Posted by The Virtual Shipbroker at 2:05 PM 2 comments:

In this prolonged recessed shipping market we are starting to see some trends emerge.

Banks are getting increasingly nervous - News that more and more shipping banks (those that lend to the sector) are losing patience and are now refusing extra cash injections, rejecting new investment pitches, being inflexible on repayment plans and are in fact calling in some of the moneys owing to them from shipping companies no longer able to trade as going concerns. 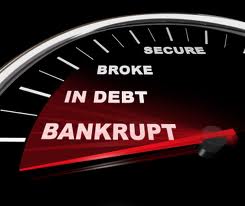 The problem for banks is that they are claiming ships back from clients at a fraction of their market worth from a few small years ago.

So they help finance a ship for USD 50 million, market crashes and same ship is worth 20 million and their client files for bankruptcy.....with 40 million still owing. What would you do if you were the bank?

They are either selling them for only a small portion of their previous market value, or even worse they are sending them straight to the scrap heap for the price of a song (for older cheaper ships).

Demolition yards are reporting more business, which to be fair is probably a good thing for the mid term viability of freight rates which are too low...

Instead of selling the ships to others or sending ships to the scrap heap another option banks are increasingly looking at and in fact doing are keeping the ships and entering into chartering and/or management agreements with some of the industries more reputable (and solvent) players.

So option 3 is keep the ships on the books, charter them out and wait till the market improves the asset values ............and then sell them. The key for many banks is if they sell they lock in a loss...a massive loss.

So some financially strong players like Oldendorff and Klaveness to name a few a being approached to handle "distressed assets"........and one can only imagine that the trade off for a good counterparty would be very attractive rates, terms and conditions. So put bluntly the strong larger shipowners are securing lucrative deals that others cannot get near.....because of smart prudent management over the last 3-5-10 years..

And its not just the banks. Some shipyards have seen customers disappear leaving them to hold the new born babies........so instead of accepting much cheaper prices in the current gloomy markets they too are partaking in interesting chartering deals with shipowners (in order to avoid booking in losses). Charter deals between shipowners and yards are nothing new in both low (current) and high markets.

Economists call this process "consolidation"....the inevitable result of a sustained economic downturn where the smart, secure and cashed up survive.

VS
Posted by The Virtual Shipbroker at 9:23 PM 4 comments: