One interesting part of the growing VS shipping consultancy business is the requests i have had either to be, or to provide, and expert witness for some commercial shipping disputes.

I am anonymous so a i cannot partake but I have been able to help out a small handful of lawyers by pointing them in the right direction.

So here is a bit of a call to the bulk shipping experts out there...

If you have excellent deap sea / commerical knowledge and fancy yourself as an expert in your field then drop me a line and i will put you on my database and you never know you might get some work. 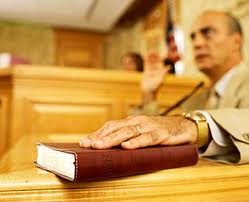 So if you are a shipbroking, chartering, operational expert just about anywhere in the world send and email to virtualshipbroker@yahoo.com

Not only must you be a proven expert but your honesty and integirty should be without question...

Oh...and if you are a maritime lawyer in need of an expert you know your first port of call...Right Here!

Ok a interactive question for the readers..

Why does a charterer ask for 2/3 laden legs and why not just ask for short period?

I have a feeling that i am gonna have to explain this more....but please if you know the anser have a go!
Posted by The Virtual Shipbroker at 7:39 AM 3 comments:

When less is more

Had a meeting recently where as a third party i was able to sit back and watch the courting process from a fairly unbiased position.

Unfortunately for one of my principals, during the course of the informal meeting, it became apparent that, how can i say this tactfully.......i can't. Basically he just couldn't (or wouldn't) SHUT UP!

In an effort to push his business he forgot to listen to the client.

I have a general rule. If i go to a meeting and I have talked more than the client then i know its been a failure. A failure for many reasons...

1. Clients like to be heard and they, like most people like the sound of their own voices. If they are the client then that is their right!

2. If I have talked too much the chances are that in my excitement I have actually "failed to listen". Terrible outcome when as a service provider I am trying to understand the clients problems. And clients don't always TALK verbally....they communicate by the way they stay silent, move their hands, move their eyes, and by the way they sit...

For me I try to look out for all those clues. And in truth this is a skill that has helped me read situations that others fail to understand.

3. Generally if I talk too much I say the wrong thing! Eventually anyway..

So whats the moral here... 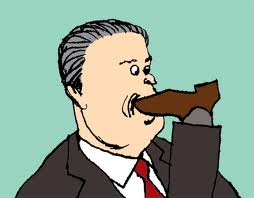 Cheers
VS
Posted by The Virtual Shipbroker at 10:17 PM 1 comment:

As we all know the language of shipping is English. I for one can only speak English so i am lucky and in truth I greatly admire the many of you out there who are multilingual able to speak any number of the worlds great languages.
One of the by products of the English centric language of shipping is that many around the world Anglicise there indigenous names in order to make it easier for us westerners who have trouble pronouncing John let alone getting out tongues around Agyalka, Aaminah or Pavankumar.
Some people indeed take on entirely new 'western names" when entering the world of shipping.
This email just through from a shipping company in China - Enjoy
quote
Dear sir or Madam,
Glad to hear that you are on the makert of chemicals of DOP.We specialize in this field for several years,with high qulity and competitive price.

It's my honour to beon serve for you if possible,Sincerity hope to create a cooperation with you.
Best regards
Kobe Bryant
Nanjing Titan Chemicals Co.,Ltd
unquote
true story
Wait until ESPN hear about this
cheers
VS
Posted by The Virtual Shipbroker at 4:39 AM 2 comments: