Ok - maybe 'disaster' is a slight overreaction. Having said that no-one likes a late ship..

So how does this play out in the real, cut and thrust, take no prisoners world of international shipping?

Charterers first - they need to give as wide a laycan (window for the ship to arrive) as possible. This needs to be negotiated in the sales contract and also with the port authorities and shippers in question. the greater the flexibility the less chance that a late ship will cause problems. Charterers also should insist on regular updates regarding the ships itinerary so that they can plan for the lateness (contingency planning). Sometimes shipowners are economical with the truth when there ship is running late. Charterers need to play hardball and even be in contact with ship agents at the previous ports in order to get a real idea as to the ships itinerary.

Shipowners - Need to be careful not to agree laycans that they know will be tough to meet. When it becomes obvious that a ship will be late - shipowners get scared. very scared....because the charterers now have lots of power. They can make the ship arrive at the port and then cancel the shipment if they so wish. So YES a late ship is ground for cancellation. Nothing worse for a shipowner to have a ship open Spot with no employment and the probability of no quick fix. I have seen ships miss a laycan, get cancelled and then wait 20 days (at 50 k per day thats ONE MILLION bucks) for a new cargo....Not nice! 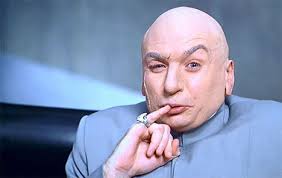 So this is why you find that some shipowners tend to be economical with the truth when a ship is running late. They will tell you that everything is fine and then at the last moment drop the bomb that an 'unexpected' delay has occurred at the last possible moment and hence the ship is now running late.

They do this because the later it becomes apparent that a ship is running late - the less the time for the charterer to find a substitute vessel....leaving the charterer stuck and the shipowner still with a contract despite there being grounds for cancellation.

So there you have it - when a ship runs late charterers would like to know asap and shipowners just dont wanna tell them! Fun hey?

Shipowners aren't always the bad guys. i have seen charterers use 'selective' information for evil as well.


Posted by The Virtual Shipbroker at 11:16 PM 5 comments:

Bulk carrier smashes into a smaller ship in Singapore

OUCH!
Posted by The Virtual Shipbroker at 6:22 PM 3 comments:

Expressions of interest to virtualshipbroker@yahoo.com