Pasted from a previous thread example-of-difficult-client

I am often heard to mutter the word GOOSE when talking about principals and competing brokers but in a slightly different context to what Suraz alludes too above (but thats a whole different story).

But yes Suraz - at the end of the day the shipowner may be the one writing the checks but it is the charterer who actually pays the "price" of a commission. They pay the price in the form of a higher freight rate or higher TC rate charged by the shipowner. Its factored in the cost. So if a shipowner cries foul about paying your brokerage remind them that surely they allowed for 1.25 percent in their calculations before they quoted on the business! One thing is for sure - nothing in shipping is for FREE - the idea that shipowners would pay a brokerage (without somehow getting it back) is naive.

VS
Posted by The Virtual Shipbroker at 11:25 PM No comments:

Received and email from a friend of the blog
quote
VS / ...........
Tks so much for your help, i've got a job as a trainee shipbroker and have gone through the cp admin and post fixture now I'm officially a shipbroker and have since fixed my first 4 fixtures.
Just wanted to let you know how much you've helped me and I wouldn't be so successful without your help back then.
When my boss actually asked me how I knew so much about chartering when i just started, I just laughed and told him to refer to virtual shipbroker.
unqte
SLAM DUNK BABY! 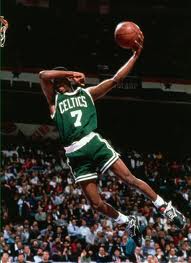 Yours
VS
Posted by The Virtual Shipbroker at 2:34 PM 1 comment:

Our thoughts are with the Nation of Norway. A nation close to my heart in many ways. A proud and fair people...........they deserves better.

On a lesser note

RIP USD! (for the time being anyway)

My books are 20 percent cheaper now then they were when they were written all due to your devaluation against most of the worlds economies.

So it was time to cut my losses. I have taken the plunge and now all my books are for sale in Euro's (at the equivalent prices).

Its a crazy economic environment out there and who knows whats in store for most of the worlds leading currencies. Just heard a fantastic speech from the French head of the IMF Christine Lagarde and she describes how the worlds growth is very patchy and disjointed at the moment. A juggling act that threatens stability should a few elements fail to fall in line.

Good SUSTAINABLE eeconomic growth across all the worlds regions is what we need.

VS
Posted by The Virtual Shipbroker at 2:47 AM 4 comments:

A real example of a difficult client

(if anyone has an example of a difficult client send me the deatils and I'll post it....(change the names / places etc so you dont get shot!)

I'll give you a condensed version

Principal is a shipowner and we have a small contract. But alas I really represent the charterer because that is where the power is (eventhough the shipowner is paying my commission).

The shipowners is doing very well from this contract but the charterer is asking for some flexibility that is technically out of the scope of the contract. There are production issues and the charterer needs some laycans to be adjusted.

The shipowner in question can sometime be a bit shortsighted and does not like to change anything from the original contract - even if the changes are not necessarily bad. He just doesn't like change. So we have been going back and forward, with raised voices, and the often reminder that he is paying my commissions...

Eventually things got sorted, and sure enough all is ok but THIS client always gets his pound of flesh.

I also win because he realises that this is a great paying client and that the charterer has my trust. The shipowner is paying my commissions BUT this charterer always chooses which broker to use - ME! WAHOO!!!!!!. 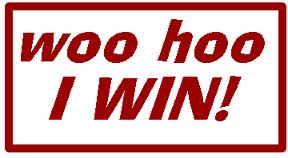 That's actually a very interesting point............who pays commissions? The shipowner or the charterer? The answer is not always as straightforward as it appears on the surface.

Stick around and I'll explain in another post
Posted by The Virtual Shipbroker at 9:36 PM 2 comments:

Turn a negative into a positive

Shipbrokers are in the business of providing a service and with that comes the usual ups and downs of dealing with people with varying needs and personalities.

I want to relay a common situation that I have become increasingly good at dealing with. THE DIFFICULT CLIENT!


Once upon a time, if a client seemed unreasonable for whatever reason - I took it personally. This would then manifest in negative thoughts about both the client and my ability to deliver. Here is what I do now. If a client is difficult and I mean UNREASONABLY difficult - i see this as a great opportunity. I am talking about the irrational client. The one where the PROBLEM was not your fault but somehow you have ended up taking some kind of blame.

Heres the thing. I love it when I get blamed for something that is irrational...why? Because in the cold light of day, when the sea's have calmed and even the most emotional of clients has calmed down they experience another raw emotion...GUILT! And guilt, if managed properly, can be worth alot of money. The payback may not be immediate but mark my words a broker is often on the receiving end of a guilt deal, from a principal who regularly flies of the handle with little or no cause.

So my advice with difficult clients is NOT to fight fire with fire. Act rational and measured. Don't let them walk over you - but don't mirror their behaviour either. Find that middle ground that will have you looking good and build a relationship that will stand the test of time.

Cheers
VS
Posted by The Virtual Shipbroker at 9:48 PM 1 comment: